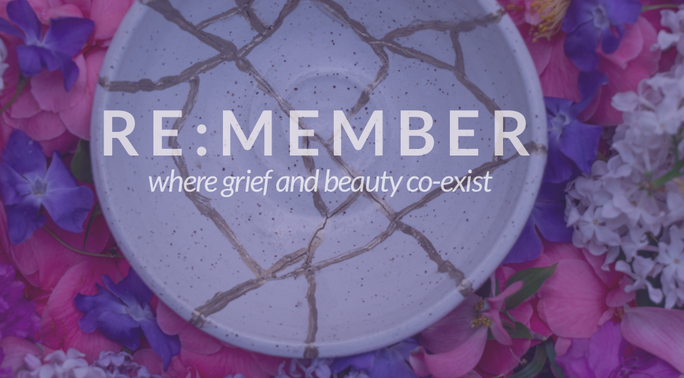 Synopsis:
"In 2012, Victoria Markham's three and 1/2 year old son, Koa Markham, died suddenly in an accident. Shattered and bereaved, she stepped vulnerably into her grief walk in order to recover her will to live. What she encountered as a bereaved mother was further traumatizing: a deep aversion to grief in our culture and a lack of emotional intelligence to journey with her into the dark world of sorrow."
Full synopsis

"In October of 2017, I was introduced to Victoria Markham when she was seeking a filmmaker to help tell her story. I was immediately captured by the heartbreak of Koa's death, her transformation through the agent of grief, and her unyielding passion for making a sacred space for grief in our culture. It was clear to me that she is a genuine carrier of an important message.
Over the following months we dialogued deeply, both building rapport with each other and listening into how to tell this story. Then our filming began in earnest in July 2018, when I flew to Ashland, Oregon to document a three-day retreat she facilitated with four other bereaved mothers. It was intimate and profound and it affected me. I was beginning to more clearly sense the timely need for this film, that it could serve (beyond child loss specifically) our culture more broadly that is in the throes of systemic breakdown, ecological disruption and loss of life and ways of being on a global scale. I walked away from those three days with Victoria's words echoing eerily in my head: "This film is for those who are to come next."
Less than four weeks later, my 18-year-old nephew Stephen was killed in a car accident, 20 seconds from home and one day away from leaving for his first year of college. He is my sister's son. There is no way I ever could have known that my only blood sister would be "the next."
I reluctantly left my devastated sister two weeks after Stephen's death to meet Victoria in the Southwest for our previously scheduled interviews with Joanne Cacciatore and Ted Wiard. These circumstances will always remain disturbingly uncanny, inexplicable, and so much greater than me.
What started as a compelling project, became a humbling, deeply personal and transformational one for me as the director. Naturally, my nephew’s death cooked me in my own grief stew, deepening my focus and relationship to the film, and thereby certainly influenced the film that eventually manifested. I walked the rough path of re:membering while making the film. I like to say “it’s the story underneath the story, that’s not in the story but that guided the story.”
I offer this film to you from the depths of my own broken heart.

Grief is a given in this life and a natural part of the human experience, meant to be experienced with others, communally not in isolation. Together, we can keep opening our hearts and metabolize our grief into gifts of beauty that are meant to be given back. Through tending our grief we increase our capacity to respond to the world with more compassion and emotional intelligence. Grief tending is an act of resurgence and regeneration. Needed now perhaps more than ever!"

May we be ripened together.
With love and humility,
Katie
Storm Cloud media information